1.The National Green Tribunal (NGT) imposed a complete ban on burning of waste in open places across the country 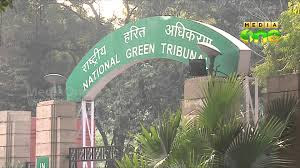 ·       The National Green Tribunal (NGT) imposed a complete ban on burning of waste in open places across the country and announced a fine of Rs. 25,000 on each incident of bulk waste burning.

·       Complete prohibition on open burning of waste on lands, including at landfill sites. For each such incident, violators will pay environmental compensation of Rs. 5,000 in case of simple burning and Rs. 25,000 in case of bulk waste burning, States and UTs to enforce and implement Solid Waste Management Rules, 2016 in a time-bound manner.

·      Union Environment Ministry and all States must pass appropriate directions in relation to the ban on short-life Polyvinyl Chloride (PVC) and chlorinated plastics within a period of six months.

·         Establish and operationalise of plants for processing and disposal of the waste and selection and specifications of landfill sites Non-biodegradable waste and non-recyclable plastic should be segregated from the landfill sites.

·         It must be used for construction of roads and embankments in all road projects all over country. About National Green Tribunal (NGT) NGT is a statutory body established by a Government Notification using the powers of Section 3 of the NGT Act 2010.

·    It is a special fast-track court to handle the expeditious disposal of the cases pertaining to environmental issues. It has been established to assure the right to a healthy environment to the citizens of India as enshrined in Article 21 of Constitution.

·   The National Green Tribunal has been established on 18.10.2010 under the National Green Tribunal Act 2010 for effective and expeditious disposal of cases relating to environmental protection and conservation of forests and other natural resources including enforcement of any legal right relating to environment and giving relief and compensation for damages to persons and property and for matters connected therewith or incidental thereto.

·    It is a specialized body equipped with the necessary expertise to handle environmental disputes involving multi-disciplinary issues. 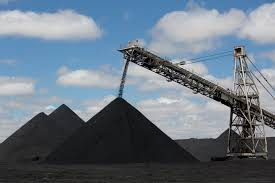 ·    The Union Ministry of Coal has launched Coal Mitra, a web portal for allowing flexibility in utilization of domestic Coal. It was launched by Union Minister of State (IC) for Power, Coal, New & Renewable Energy and Mines PiyushGoyal in New Delhi.

·    The Coal Mitra Web Portal aims at optimum utilisation by private as well as public power companies of the coal. It facilitates transfer of the coal reserves to more cost efficient State/Centre owned or Private sector generating stations.

·       The portal allows coal swapping between PSUs and the Private Sector in transparent manner and also helps to reduce operational and logistic costs, bringing power tariffs down for the consumers.

·    It facilitates state/Central Gencos to display information about normative fixed and variable charges of electricity for the previous month. They can also display margin available for additional generation so as to enable the utilities identify stations for transfer of coal. It will host data on Quantity and source of supply coal to the power plant, Operational and Financial parameters of each coal based station and Distance of Power plant form the Coal mine. 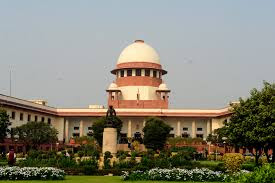 ·  Criticising the government for its “indifferent attitude” towards the implementation of the Scheduled Castes/Scheduled Tribes (Prevention of Atrocities) Act, the Supreme Court has directed the National Legal Services Authority to frame schemes for spreading legal awareness and free consultations to members of the SC/ST communities nationwide.

·     The court has asked the authorities to discharge their duties to protect the SCs/STs to attain the constitutional goal of equality for all citizens.

·     The Chief Justice of India is patron-in-chief of NALSA while second seniormost judge of Supreme Court of India is the Executive-Chairman.

There is a provision for similar mechanism at state and district level also headed by Chief Justice of High Courts and Chief Judges of District courts respectively: 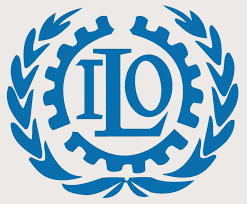 Highlights of the report:
Performance of India:
§  India has among the worst levels of gender wage disparity — men earning more than women in similar jobs — with the gap exceeding 30%.

§  In India, women formed 60% of the lowest paid wage labour, but only 15% of the highest wage-earners. This means not only are women poorly represented in the top bracket of wage-earners, the gender pay gap at the bottom is also very wide in India.

§      Singapore has the lowest wage disparity, at 3%. Among major economies, only South Korea fared worse than India, with a gap of 37%.

Reasons for the wage gap:

§  The report noted that typically, women’s educational choices produced occupational segregation. For instance, since the majority of those who studied nursing were women, “this profession is over-represented among women”.

The ILO is a United Nations agency dealing with labour issues, particularly international labour standards, social protection, and work opportunities for all. It was established in 1919 as an agency of the League of Nations and is headquartered in Geneva,Switzerland.